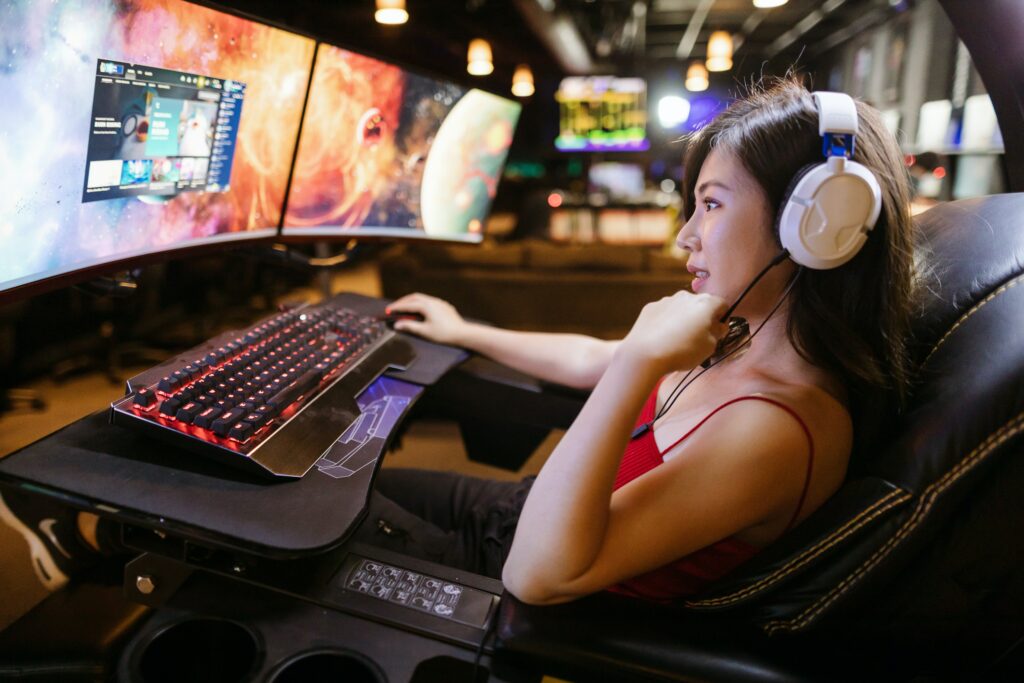 It’s been quite a while since Twitch hit the scene, and it didn’t take too long for it to become clear that it was here to stay. Becoming what is unarguably the largest livestreaming platform available, it begs the question: “what keeps Twitch such an unassailable giant after all these years, and where are they headed next?”

SH1: How we Got Here

Twitch has seen monumental growth over the past two years, in no small part due to the global pandemic and everyone being shut inside. Twitch’s user base has increased up to 140 million active users in the year of 2022, with statistics from 2021 showing an average of 2.84 million average concurrent viewers. There are nearly 30 million of these viewers daily, consuming almost 71 million hours of content daily. Roughly 9.2 million of these users stream monthly, making the content for the rest. Twitch is more than alive and healthy, it is thriving. What’s their secret?

From a 2018 interview with then head of Twitch Public Relations, Chase, we can glean a little insight into what makes Twitch so big. Chase said, “When you look at Twitch right now, we have more ways to monetize than other services, and we have a lower barrier to entry, so we take advantage of those functions. We now have over, combined between our partners, billions — we have close to 230,000 people monetizing on our service.” That low barrier of entry really does make Twitch incredibly appealing. Creating an account is incredibly easy, and once you have that done, streaming isn’t much harder.

Another great thing about Twitch is the support from Amazon. Amazon and Twitch’s “Prime with Prime” deal allows Amazon Prime users to get Twitch Prime for free using Amazon Prime. This opens the door to a vast array of Twitch’s other functionalities, such as Prime Subscriptions, and Twitch Prime Gaming, which offer a free subscription to one channel each month (as long as a subscription lasts) and a vast array of in-game rewards for participating games respectively. These value sources make having a Twitch account, and even further a Twitch Prime account, incredibly valuable.

These features are excellent ways to draw people in, and to continue growing the viewer base, but they’re not the real pioneer’s front of live streaming. The future lies ahead.

The real future of Twitch lies in monetization and extensions. Twitch has long had issues with properly monetizing for its creators, something they’ll someday find a way to solve, but in the meanwhile extensions offer an awesome way to integrate viewers into the gaming experience. Whether supported by the game developers themselves, or by mods developed by the community, Twitch extensions allow more interaction with chat within the game itself. In fact, the short lived Hyper Scape acted as an excellent proof of concept for in depth, game changing events fueled by Twitch extensions. Streamers could use the “Crown Cast” extension to allow players to vote on in-game events that affected all players. As games progress, as both a streamer and viewer, I see more and more of these opportunities for interaction via extensions arise, and I truly believe that they are the next step of gaming and live streaming.

But, there’s more to live streaming than gaming, and Twitch has a bright future there as well. With the “Just Chatting” category overtaking any individual game back in December of 2019, it’s clear that there’s an interest in just spending time with personalities. As large name streamers like Pokimane and Ludwig often include “Just Chatting” segments of their streams, if not entire 2-3 hour streams dedicated to talking to chat. It’s clear that there’s more to Twitch than gaming these days, with personalities, musicians, and even chefs beginning to rise in popularity, Twitch stands poised to offer a buffet of content with a variety of distinct options, which can only bring more viewers.

SH3: Can you Kill the King?
Though Twitch seems healthy, can it keep this up? The question that seems to come to mind every time streamers change platforms, or new features or issues arise, is whether or not someday, someone will “kill Twitch”. It’s a fair question to ask, as many have tried, however, as we’ve seen before, you cannot go toe to toe with Twitch and expect to come out on top, at least not without a lot more time and support in your corner. When it comes to Twitch’s main two competitors, YouTube Gaming and FaceBook Gaming, it’s evident there’s competition. However, popular once Twitch, once Mixer, and now back to Twitch streamer Michael “Shroud” Grzesiek puts it best. “When there is a transition and somebody moves to another platform some follow and some stay. I don’t think there is such a thing as killing Twitch, I mean… Twitch is so big.”
So look to the future, and keep your eye on Twitch. The road ahead might have its struggles, but the end of the path looks as bright as ever. Twitch is here to stay, and it might just reshape the entertainment world again before, if ever, it leaves.