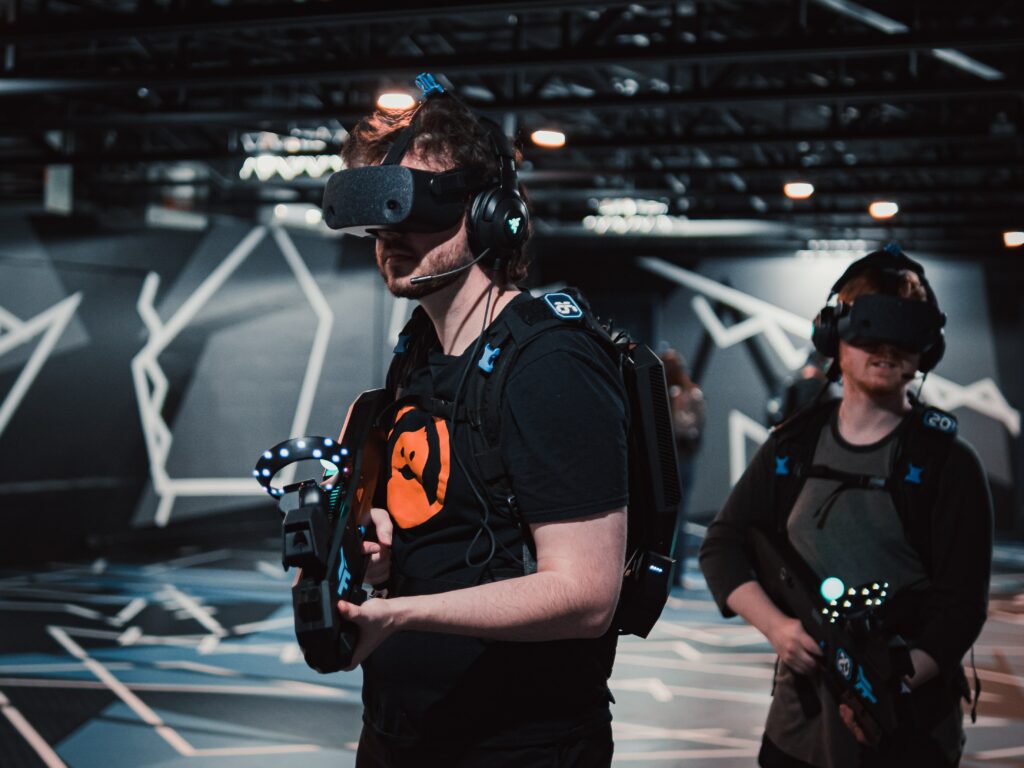 There has long been a negative stigma attached to gamers and how they are as people. Staying inside your room (or mom’s basement) day in, and day out with demeaning physical features; this stereotype is shown on the popular adult cartoon show, South Park, in their “Make Love, Not Warcraft” episode. Years and decades ago, your parents would probably yell at you to go outside to play sports instead of wasting your life on “that damn video game!”

This stereotype no longer exists in our world today. Advanced technology and a culture shock have made gaming and gamers acceptable, and even a trend to be a part of.

With the stereotype behind gaming back then, people often hid the fact that they took part in it. It was for nerds and embarrassing, thus making friends and other connections harder to attain. Not only that, but the whole gaming space had to deal with the damaging media claim that violence and other threatening behavior were due to the influence of games, specifically violent shooters and genres of that sort.

To combat these stereotypes, a data-driven platform, known as Qutee, led a survey to give a voice to these gamers and how games have impacted their personal life. In this report from 2018; 835 people were surveyed, 95% of them were 18-34 years old, 4,500 polls were casted, and some of the topics discussed were: community, stress, friends, enjoyment, problems, and the benefit that gaming has on society. In the polls that were taken; 89% of them believe gaming is beneficial to society, 44% say the most important benefit is improved emotional well-being, and 93% say that the media’s portrayal of linking violence to video games is unjustified. On the sociable side of the polls; 66% say they made up to 5 friends while gaming and 37% say they made more than 5.

A Change in Culture

So how did gaming, in the societal view, change? It seems like it did so effortlessly and seamlessly. We often look at people we look up to, aspire to be, and famous celebrities as guidelines for how we should behave in society – kind of like children imitating the behaviors of their parents or guardians. Celebrities and people with massive amounts of influence made gaming a trend in modern society. Gaming was already on an upward trend due to technology, but celebrities made it cool to game. In 2018, we saw Drake play Fortnite with Ninja to break the record for most concurrent viewers on a Twitch stream. We see NBA players like Paul George and Andre Drummond make appearances in Fortnite tournaments. This was in 2018, a more recent instance is when Steph Curry formally met the players of TSM’s Valorant Team and tweeted “Always knew @TSM was going to the moon.”

Another catalyst in the change of our point of view of gamers is the ever-growing diverse player base, most importantly – female gamers. It is a fact that over the decades, males have dominated the gaming scene. There is another stereotype with this being that “women aren’t supposed to play video games, it’s a guy thing.” A study from Google Play states that 65% of US women, ages 10-65, play at least one mobile game. While mobile games are considered casual games, this fact debunks the stereotype that video games are solely for males. While there are a majority of everyday female mobile gamers, they are rapidly upgrading to console and PC games as well – and this is where the growing popularity of women in games is most visible. Pokimane, or Imane Anys, currently has 9.2 Million followers on Twitch. Valkyrae, or Rachell Hofstetter, has 3.2 Million followers on YouTube. This is just the tip of the iceberg, there are many more micro-influencers as well as women in eSports competing in Counter-Strike, Valorant, Fortnite, and other eSports titles.

Next up we have the technological culture change. This applies to pretty much everything on Earth, and gaming is no exception. When video games were first introduced, people relied very lowly on electronics and spent their free time doing outdoor activities. Nowadays, it is rare to find someone who isn’t glued to their phones or other digital devices, technology is now an essential part of who we are. How does this tie in with gaming? With all of the various online activities people leisurely do, people are immensely less judgemental of what other people do. Whether it be video games or laying down watching Netflix, we spend a lot of time staring into screens.

Gaming brings in so many benefits to whoever delves into the space. As mentioned earlier, people find new friends, new connections, and points of view they would never have seen without gaming. The American Psychological Association states that more than 70 percent of gamers play with a friend and simple games that are easy to access can improve players’ moods, promote relaxation and ward off anxiety. Not only does it help your emotional state, but they also state that playing specific games improves a player’s capacity to think about objects in three-dimensional spaces just as well as academic courses such as science, technology, engineering, and mathematics.

Though gaming is not a perfect world, with conditions like gaming addiction that need to be addressed, gaming has a positive impact on people and on the people in the space. With its accessibility as easy as ever, more people play games, more people have fun and most importantly more people are happy. Those who may have had old stereotypes of gamers in their thoughts have long changed those opinions.

Read More
PrevPreviouseSports: From Niche to Mainstream
NextA Home Inside Your Home: DiscordNext