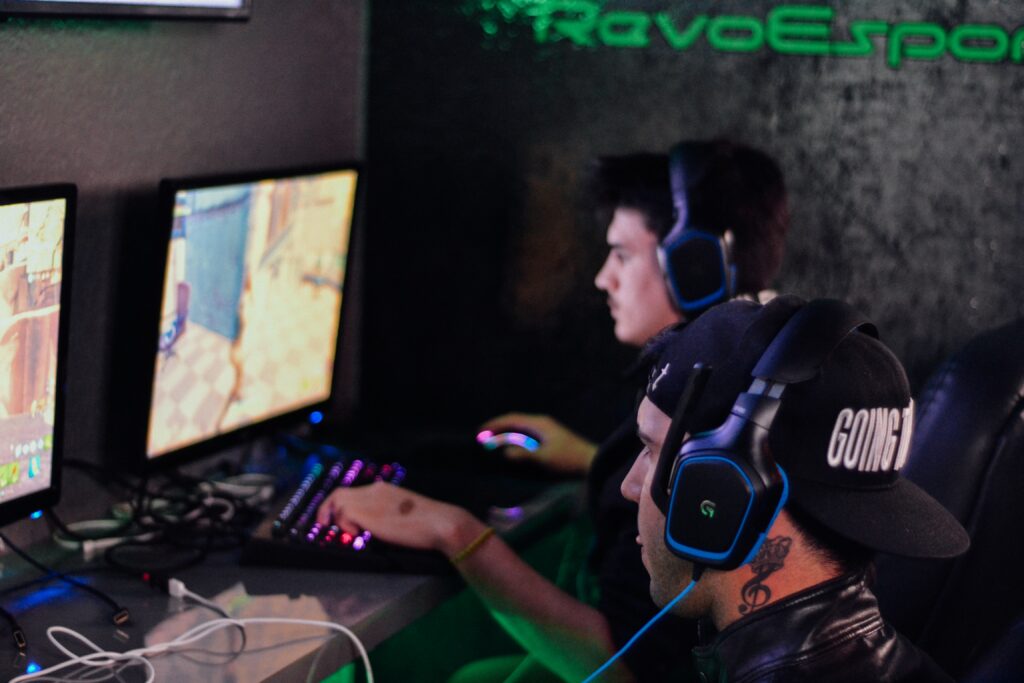 Esports and competitive gaming dates back as early as the 1970s with individual players making a name for themselves on games such as Spacewar!, Pacman, and Donkey Kong. Being that these were the early days of eSports, there was little to no such thing as players banding together into team identities and competing with each other against other teams until the late 90s.

With games like League of Legends, VALORANT, Counter-Strike: Global Offensive, Apex Legends, and Overwatch today, we see countless professional gaming organizations compete in these titles and some being formed to challenge the powerhouse organizations who have existed for a decade. Here, we will take a look back at the first and most successful eSports organizations today and how they pioneered competitive gaming into the mainstream timeline.

Widely regarded as one the first professional teams developed, Schroet Kommando was founded in 1997 as a German clan of four brothers and three accomplices competing in the title Quake. Quoted from one of the original members, the name of the organization originated from one of the members repeatedly shouting “Schrot! (Translated to Shrapnel)” which was when a double-barreled shotgun would be handled in Quake. The team adopted this into their name, becoming Schroet Kommando – however the organization used their abbreviation more often, being SK Gaming.

SK Gaming later expanded into Counter-Strike where it became known as one of the most successful teams in Germany. In 2003, SK gaming also became the first eSports organization to contract players, beginning with the SK Sweden Counter-Strike team. Still being one of the biggest names in eSports, SK Gaming is competing in: FIFA, Hearthstone, League of Legends, and Paladins.

Founded in July of 2004 by Sam Mathews and Anne Mathews and headquartered in London, Fnatic was a rival of SK Gaming during their early years on Counter-Strike. Fnatic won the eSports Award: Team of the Year in 2006 and 2009, and in 2012, their long time Counter-Strike Superstar Patrik “cArn” Sattermon became the Chief Gaming Officer of Fnatic. Between 2008 and 2009, Fnatic was sponsored by MSI and SteelSeries to then have a temporary name of FnaticMSI.

Fnatic can be considered the most successful eSports brand of all time in terms of competitive gaming, winning more tier 1 game tournaments than any other team globally. Fnatic’s League of Legends team won the first ever League of Legends World Championship in 2011, held the most League of Legends Championship Series split titles in the LEC (7 out of 19 until August 2022), was the first LCS team to finish a split undefeated, and have won three Counter-Strike: Global Offensive majors. They are partners with major brands such as: AMD, BMW, Monster Energy, Twitch, and OnePlus. Currently, they are competing in the titles of: League of Legends, VALORANT, Halo, FIFA, CS:GO, Dota 2, Rainbow 6 Siege, and Apex Legends.

Team SoloMid was founded by Andy “Reginald” Dinh and Dan “Dan Dinh” Dinh in September 2009. Originally, Team SoloMid was a League of Legends community website and playing guide resource, but after Reginald’s competitive team of “All or Nothing” got disbanded, he decided to continue his competitive career by building a team in support of his website called Solomid.net; competing in professional League of Legends tournaments. The original roster consisted of Reginald, SaintVicious, Chaox, TheOddone, and Locodoco. However, later in 2013, Reginald announced his retirement from professional competitive play, opting to run the business full-time, and his replacement would be considered the best League of Legends player to play in North America, Soren “Bjergsen” Bjerg.

TSM is a world-recognized leader in eSports, winner of 96x championships, and is one of the world’s most valuable eSports organizations according to Forbes.TSM acquired early fame in their creation with users of their website already being a fan, big personalities as their competitive players, and their “F*$k it, Baylife” slogan as their way of life. Today, TSM is comprised of 13 competitive teams across 10 different titles: League of Legends, VALORANT, Fortnite, Apex, Rainbow Six Siege to name a few.

TSM current and former players were not only stars on the big stage, but big names on Twitch as well. Former players Bjergsen and Doublelift would attain concurrent viewers in the tens of  thousands, giving informative as well as entertaining content to viewers and show personalities fans would not see on stage otherwise.

Founded in May of 2010, FaZe was originally a group of Call of Duty players with in-game names of “CLipZ,” “House Cat,” and “Resistance.” During the early years of YouTube and rising popularity of Call of Duty, the players of FaZe garnered a reputation for innovating trickshotting in the game Call of Duty: Modern Warfare 2. FaZe’s YouTube content began to skyrocket in numbers when Ted “Fakie” joined the clan alongside the consistent release of their YouTube series called “Illcams,” leading the team to reach one million subscribers in 2012.  During this era of Call of Duty trickshotting and YouTube, FaZe was considered to be the Apex Predator of their craft and being invited to join was extremely difficult. This resulted in each singular player in the team to be successful in terms of clout, influence, and resulted in online success.

Going forward on their YouTube years, FaZe became focused on innovating and structuralizing their team – original member Thomas “Temperrr” Oliveira became the CEO and Richard “Banks” Bengston became COO of FaZe Clan. During this team FaZe decided to branch out into eSports competitions using their name, and FaZe became an organization with two divisions: their content creating team and their eSports team. In 2014, FaZe created the first “FaZe House” in New York where members would live together and incorporate lifestyle content with their gaming content to then move to Los Angeles in a new home called the “Clout House” in 2017.

FaZe has made a name for themselves in the title of Counter-Strike: Global Offensive. FaZe acquired G2 Esports international lineup in 2016 who then came in second in ELEAGUE Major: Boston in 2018 against Cloud9. They were runner ups in ESL Pro League in 2017, second runner up of ESL Pro League Season 7 and ESL One Cologne 2018. In the same year as the ESL Pro League in 2017, FaZe Clan were the champions of ELeague CS:GO Premier in 2017, winning $500,000 of prize money. FaZe also has a subdivision called Atlanta FaZe, competing professionally in the Call of Duty League. Today, FaZe Clan has rosters in titles of: Counter-Strike: Global Offensive, Halo, Rainbow Six Siege, VALORANT, FIFA, and PlayerUnknown’s Battlegrounds.

It Doesn’t End There

The four organizations above are not the sole reason for the success of eSports and its entirety, but they are some of the founding fathers and most polarizing organizations to be made. There are many other big name organizations who have the same amount of success and deserve their flowers. Other organizations are: OpTic Gaming, G2 Esports, Team Liquid, Cloud9, NRG, and Complexity to name a few.

These are organizations who paved the way for gaming. Breaking the mold and becoming worldwide names, partnering up with other industries to empower gaming and it’s culture.